Start a Wiki
This wiki under major reconstruction-- due to many of the basic functions of the game being changed for its transition to the mobile platform.

"Collect, breed, and train hundreds of exotic, evolving beasts. Then fight your foes in strategic, action-skill based battles in a sprawling campaign or online against your friends and the rest of the known universe. Suit up, Outernaut!" - Insomniac Games

Outernauts is a mobile RPG game developed and published by Insomniac Games, Inc. (creators of the popular Spyro and Ratchet and Clank  franchises). It has been likened to Pokémon for its creatures and their ability to evolve.

In Outernauts, you collect, breed, train, and battle different beasts. There are 140+ beasts to collect (with some being quite elusive), upgrading crystals for enhancing your beasts, and even a fusing machine combine two of the same beast to make the base beast stronger. You can sell beasts for Lunar (the normal currency in Outernauts) and a rune (used for leveling beasts), or "crystallize" them to give you a crystal of the same element type with which you can upgrade other beasts. As you continue through challenges, battles, and complete quests, you will unlock more features and upgrades! You can explore all of the game for free, or pay your way through the game faster by buying Star Gems. Outernauts was released for iOS in late 2014 and for Android on March 19, 2015.

Want to make an edit? Or simply find some info on the game? Use these quick links to swiftly navigate to any area of the Outernauts Wiki. 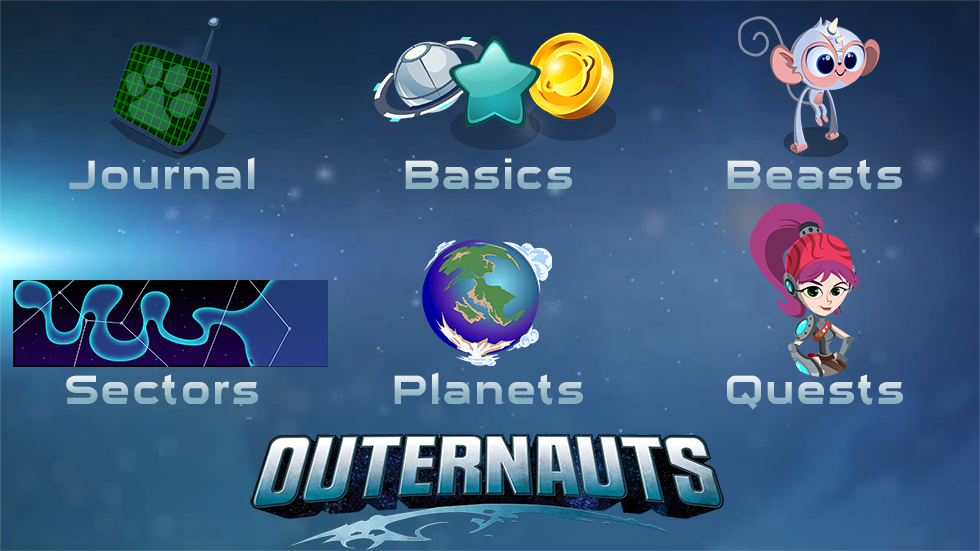 Retrieved from "https://outernauts.fandom.com/wiki/Outernauts_Wiki?oldid=12706"
Community content is available under CC-BY-SA unless otherwise noted.